According to this paper, the basic discussion on the forming process and discussion of the full-open barrel brace is the basis of the design research of the barrel hoop forming machine. In the second issue of 1994, the journal published the article entitled "Design of Large Open Barrel Hoop Forming Machine" by Comrade Yang Wenliang. It can be seen as a practical example of this process. If you read it together, you can see the whole picture.

With the deepening of reforms, fully open steel drums have been used more and more in many industries. Especially in the chemical and food industries, their applications are more extensive.

Although this type of steel drum is similar in manufacturing method (barrel, bottom and top) to a 200 litre closed steel drum, the closure is completely different. At present, there is no perfect manufacturing process and method in China. Therefore, this article explores the forming process of the full-open barrel brace to seek consensus from the peers. 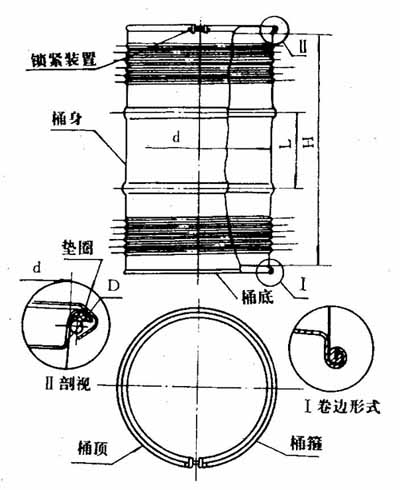 Figure 2 shows the product season intention of the barrel hoop parts. Its forming mechanism is the principle of roll forming of sheets. 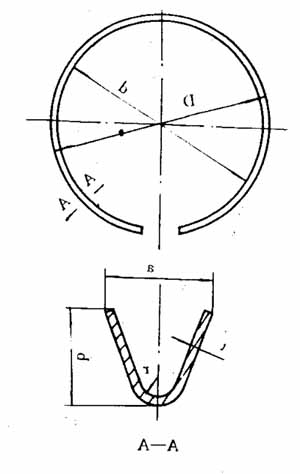 The roll forming of the barrel hoop is in the group I of the array forming roller which is placed directly before and after the steel strip is placed in the front and rear. With the rotation of the roller, the strip is fed forward into the II, IV group of rollers in turn. Each time a set of rollers, the strip is deepened by a layer of bending deformation, and the shape of the desired section is rolled by the last set of rollers IV, as shown in FIG. In front of the last set of rollers (Group IV) (i.e., where the molded part comes out), a reel is placed. When the roll-formed strip emerges from the IV set of rollers, it just happens to encounter the rounded roller, blocking the outward path of the rolled forming strip. As the revolving roller rotates, the forming strip will be forced to turn up, so that a circular barrel hoop is made. See Figure 8. 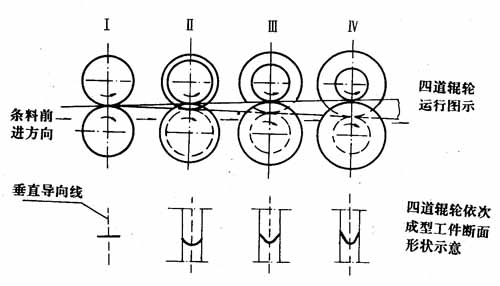 The mechanism of roll forming is shown in Figure 3. Rolled by each of the constituent rollers in turn and fed forward. If you look at the Group II roller, see Figure 4. The sheet is bent from the entrance of the roller, and the surface moves forward, and is formed at the center plane IV of the roller, and is pierced from the roller.

I- did not enter the roll groove; II- just entered between the upper and lower rolls; III-formed midway; IV-final forming position

As shown in Fig. 5, it is an ideal action state of the rolling pressure on the vertical section during the forming of the forming roll. If the small length section of the incremental dx is considered, the vertical component pdx of the center forces pdx/cos Î¸1, pdx/cos Î¸2 of the upper and lower rolls serves to correct the bending, and the horizontal component forces pdxtg Î¸1, pdxtg Î¸2 of the center force will Acts on the direction in which the material is pushed out. If the friction force Fi = Î¼pdx / cos Î¸2 generated by the center force cannot overcome the horizontal component forces pdxtg Î¸1, pdxtg Î¸2 generated by the center force, the hoop will slip and cannot be fed with the roller. According to the measured results of the pressure distribution of the rolls of the forming rolls in the relevant data, the roller pressure increases from the inlet and reaches the maximum at the center of the roller, so that the friction of the rotation of the barrel hoop also reaches the maximum at the center of the roller. . In the actual roll forming, the contact state between the hoop and the roller is complicated, and the contact surface between the strip and the lower roller is large, and the contact surface with the lower roller is small. The sheet has been subjected to bending on the outside of the roller before being bitten by the roller, and this tendency becomes more apparent when the amount of bending is increased. In particular, it is subject to great bending just before entering the roller. 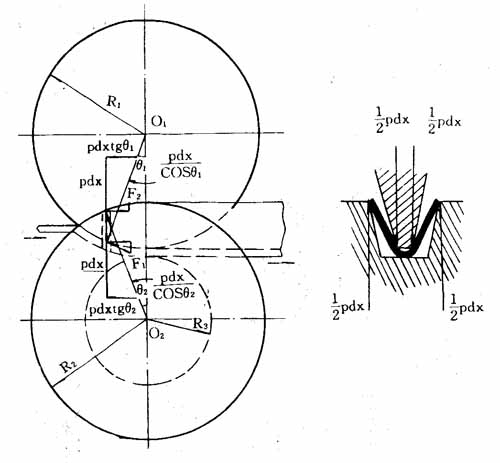 Fig. 6 is a view showing the relationship between the gap between the upper and lower rolls and the rolling pressure. 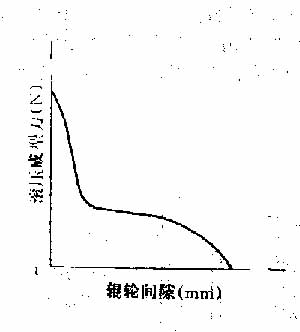 The rolling forming force p has a similar relationship with the case where the mold is bent. Generally, p is proportional to the square of the sheet thickness t.

The rolling forming work can be expressed by the following formula:

W0â€”â€”the bending work of the sheet under plane deformation conditions;

The rolling forming work W1 is approximately proportional to the amount of change in the bending angle and the square of the plate thickness, and is expressed by the following formula:

Î² - the change in the bending angle (radian).